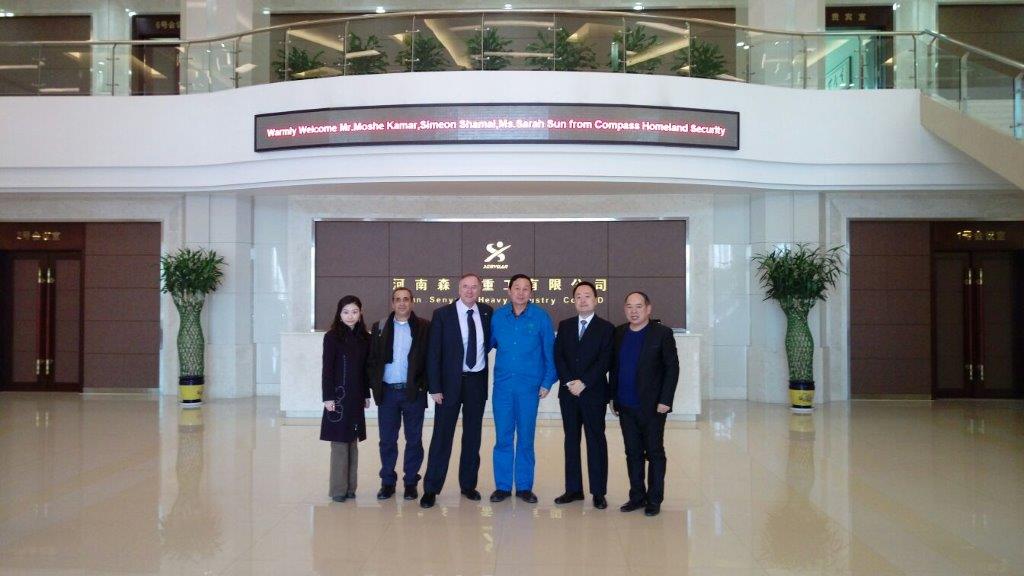 Henan Senyuan Group is a considerable leading group corporation active in Chinese electronic appliance, electronic vehicle, police cars & equipments, LED lighting, and many other markets. Having been a listed company for quite a numbers of years, Senyuan maintains stable market share in the above mentioned fields, thus becoming a symbol in its province, Henan, which is the largest population province in China and known as “the fountain of Chinese roots and history”.

Mr. Moshe Kamar, Ms. Sarah Sun and other Navigator team members participated in a very productive and pleasant visit to Henan Senyuan. Mr. Chu, Chairman of Senyuan felt more than excited for the network with Navigator.

Not only did the entire top management of Senyuan give the Navigator team an extremely warm welcome, but the city mayor and governor also attended and showed their warm hospitality. Senyuan brought Navigator to a comprehensive tour to their industrial park, workshop, production line, exhibition hall, etc. During the meeting time, Senyuan attentively listened to Navigator’s technology introduction, and pinpointed the overlapping parts with their business and joint matters of interest.

Senyuan and Navigator both summarized the trip as very fruitful. Navigator was greatly touched by the warm treat, generosity and strong capacity, and having firm confidence of ongoing collaboration.